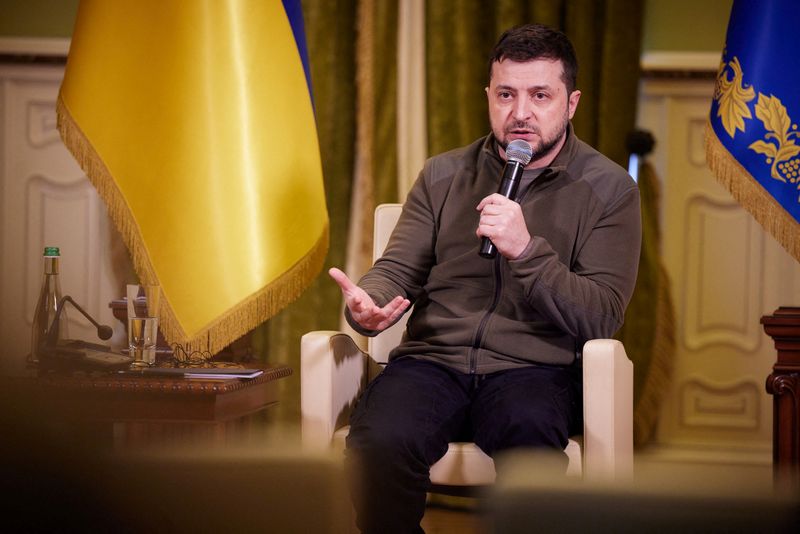 “The Congress remains unwavering in our commitment to supporting Ukraine as they face Putin’s cruel and diabolical aggression, and to passing legislation to cripple and isolate the Russian economy as well as deliver humanitarian, security and economic assistance to Ukraine,” they wrote on Monday.

Zelenskiy has sought to drum up support for Ukraine with video briefings of foreign audiences that have included the U.S. Congress and the British parliament. Zelenskiy will speak at 9 a.m (1300 GMT) on Wednesday to U.S. lawmakers.

More than 280 members of the U.S. Senate and House of Representatives took part in a video call with Zelenskiy on March 5 in which he is said to have made a “desperate plea” for aircraft to fight Russian invaders.

The Democratic-controlled U.S. Congress approved $13.6 billion in aid to Ukraine on Thursday as part of a $1.5 trillion spending bill that funds U.S. government operations through Sept. 30.

The United States, along with its allies, has imposed broad sanctions on Russia after the invasion of Ukraine on Feb. 24. On Friday, President Joe Biden took more steps to punish Russia economically, targeting trade and shutting down development funds while also announcing a ban on imports of Russian seafood, vodka and diamonds.

Zelenskiy on Friday asked Biden in a phone call to broaden the U.S. economic campaign against Russia, telling him that more should be done to cut off Russia from international trade, the Washington Post reported on Sunday, citing people familiar with the call.