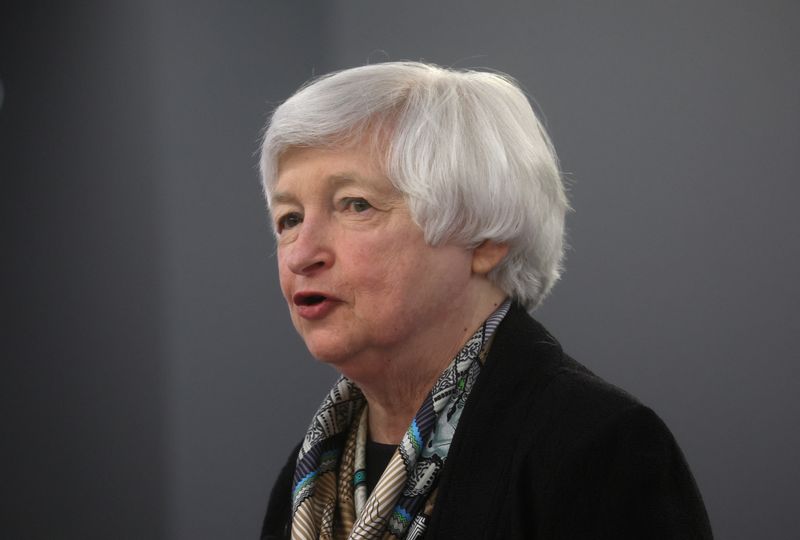 © Reuters. FILE PHOTO: U.S. Treasury Secretary Janet Yellen makes a speech about the current and future state of the U.S. and global economy at the Atlantic Council in Washington, U.S., April 13, 2022. REUTERS/Leah Millis

TOKYO (Reuters) – U.S. Treasury Secretary Janet Yellen will hold a bilateral meeting with her Japanese counterpart Shunichi Suzuki on the sidelines of Group of 20 financial leaders’ gathering in Washington, the Treasury department announced.

The meeting would take place later this week. Authorities in both countries agreed late last month to communicate closely on currency issues following a sharp weakening in the yen.

The prospect of aggressive U.S. interest rate hikes and the Bank of Japan’s determination to continue powerful monetary easing have helped push the yen to 20-year lows against the dollar.