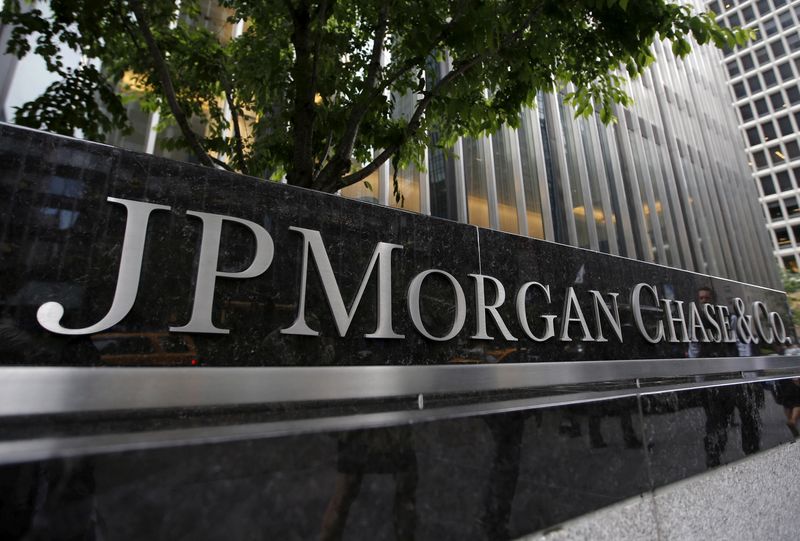 By Michelle Price and Matt Scuffham

WASHINGTON (Reuters) -Some big U.S. banks have again started stockpiling cash to cushion potential loan losses due to growing worries over the war in Ukraine and the impact of inflation on the U.S. economy, although trading continues to be bright spot for Wall Street.

That’s a reversal from the past 12 months when lenders released reserves after COVID-19-related losses failed to materialize, signaling lenders believe the economic rebound from that crisis may be short-lived as inflation soars and the Ukraine conflict roils markets and dampens global growth.

“The banks do not see much in the way of current economic problems, just the likelihood that weaker economic conditions are likely to develop.”

Citigroup, the most global U.S. bank, bore the brunt, adding $1.9 billion to its reserves related to its Russia exposure and the war’s broader macroeconomic impact. The bank’s executives said it could lose $ 2.5 to $3 billion on its Russia exposure.

JPMorgan, the country’s largest lender, on Wednesday added $902 million to its reserves, driven by “the probability of downside risks due to high inflation and the war in Ukraine,” as well as accounting for Russia-associated exposure. It has said it could lose $1 billion on its Russia exposure over time.

Goldman likewise cited “macroeconomic and geopolitical concerns” among other reasons for its $561 million provision and said it will take a $300 million first quarter hit on Russia.

The war in Ukraine and Western sanctions could knock more than 1% off global growth this year and add two and a half percentage points to inflation, the OECD has said.

Wells chief executive Charles Scharf nevertheless warned on the economic outlook in a change of tone from previous quarters, noting rate hikes will “certainly” reduce growth. “The war in Ukraine adds additional risk to the downside,” he added.

Wells Fargo’s shares were down 6% and Citi’s were up nearly 2%.

Banks’ trading businesses, however, performed better than analysts had anticipated as clients rejigged portfolios in response to expected rate hikes and the war.

Analysts had forecast trading revenue declines of 10% to 15% across the board compared with 2021 when central bank moves to stimulate the economy amid the pandemic saw equity indexes hit record highs and drove a trading bonanza across Wall Street.

“Equity and fixed income again delivered exceptional results, particularly in Asia and Europe as we supported our global clients amid a turbulent backdrop,” Chief Executive James Gorman told analysts on a conference call.

The picture for the M&A advisory business was mixed. Executives said pipelines remain healthy but some companies are pausing transactions until markets stabilize. Some deals initiated before the war were completed in the first quarter.