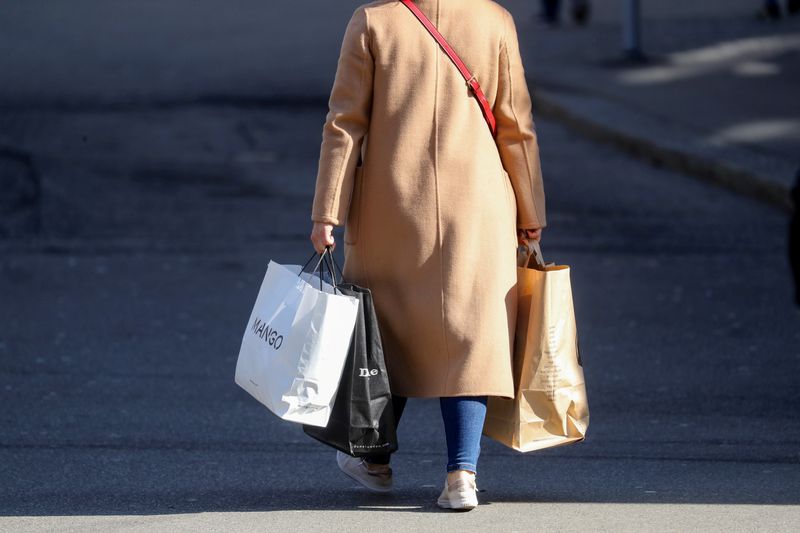 © Reuters. FILE PHOTO: A shopper carries bags after the Swiss government relaxed some of its COVID-19 restrictions, as the spread of the coronavirus disease continues, at the Bahnhofstrasse shopping street in Zurich, Switzerland March 1, 2021. REUTERS/Arnd Wiegmann

ZURICH (Reuters) – Swiss prices increased by their highest level in 14 years during May, the government said on Thursday, as Switzerland became the latest country to be hit by more expensive fuel and food costs.

The consumer price index rose by 2.9% compared with a year earlier as transport, food and drinks became much more expensive in a country noted for its historically low inflation.

The reading was the highest increase in Swiss prices since September 2008, and was the fourth month in succession that prices have risen above the central bank’s target for price stability.