Stop Rambling in Meetings — and Start Getting Your Message Across

What If Banks Had to Disclose the Climate Impact of Their Investments?

Why Developers Need a Contextual Framework to Truly Understand Their Users

Antitrust bill could force Google, Facebook and Amazon to shutter parts of their ad businesses

What Is BIP 119 And Why Did It Fuel Such Heated Discussions In Bitcoin?

Here is why Kyber Network Crystal is up by 24% today

Wombat Soars to $40M in TVL While Still at Beta 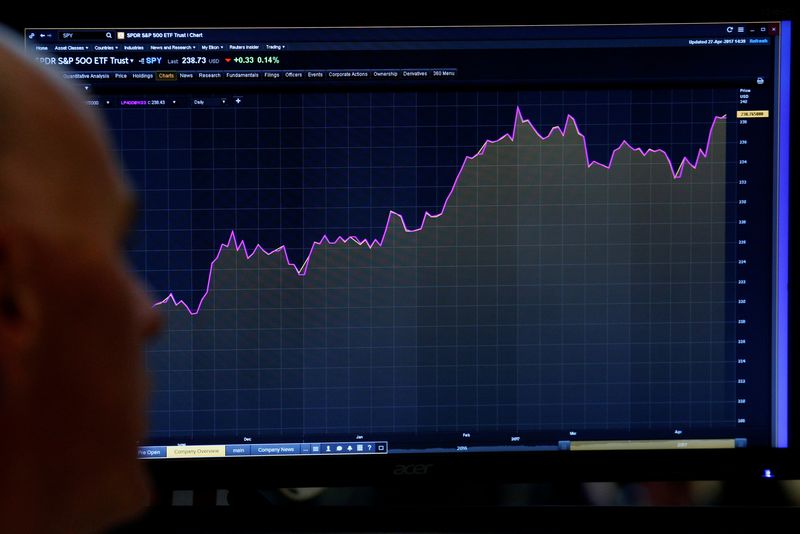 © Reuters. FILE PHOTO: A trader looks at a screen that charts the S&P 500 on the floor of the New York Stock Exchange (NYSE) in New York, U.S., April 27, 2017. REUTERS/Brendan McDermid

NEW YORK (Reuters) – The ‘s 1% slump on Tuesday confirmed that the world’s most watched stock index was in a correction for the first time since the 2020 Wall Street plunge brought on by the COVID-19 pandemic.

U.S. investors sold stocks amid growing fears of war between Russia and Ukraine, paring some losses after U.S. President Joe Biden announced a wave of sanctions against Russia.

Those geopolitical concerns have added to recent worries about the possible path of the U.S. Federal Reserve’s interest rate hikes as the central bank attempts to rein in inflation at 40-year highs.

The S&P 500 is now down 10.25% from its record closing high of 4,796.56 set on Jan. 3, confirming a correction, based on a widely used definition of a decline of 10% or more. The index had briefly been down more than 10% from its intraday record several times in recent trading sessions, without closing at that level.

The small-cap index last month confirmed it was in a bear market, or drop of 20% from its most recent high. However, some analysts feel smaller stocks are in the process of bottoming out.

Also in January, the Nasdaq confirmed that it had entered its fourth correction since the start of the pandemic. It is down almost 17% from its record high close in November.

Stop Rambling in Meetings — and Start Getting Your Message Across