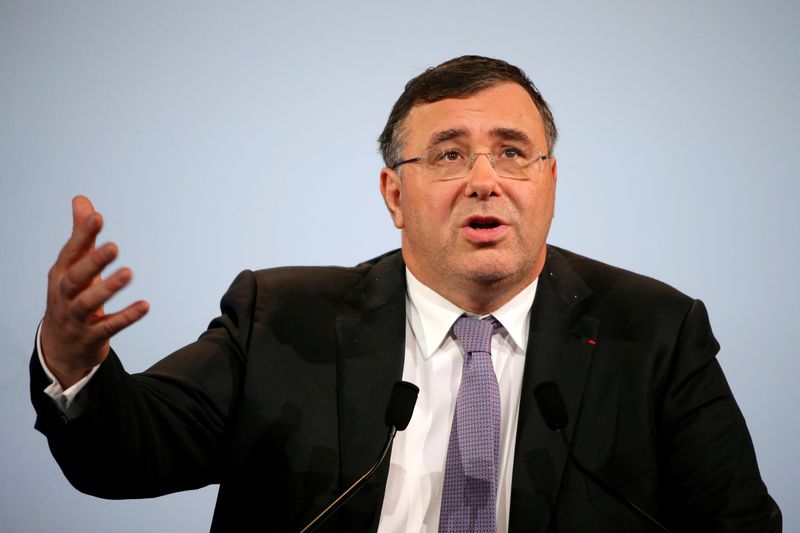 By Stephanie Kelly and Scott DiSavino

NEW YORK (Reuters) -Energy company executives at a conference on the global transition insisted on Tuesday that fossil fuels, especially , are still needed at a time when global markets grapple with tight energy supplies and skyrocketing prices.

Oil and gas supplies have become constricted in many countries since Russia invaded Ukraine on Feb. 24, prompting sanctions on Russia’s energy. Governments worldwide have shifted their focus from sustainability and the energy transition to deep concerns about a global supply crunch and demands for more oil and gas.

Oil futures have climbed more than 50% since the beginning of the year. In the United States, United Kingdom and China, retail fuel prices have all hit records in recent days amid a broad rise in costs worldwide.

In recent years, governments worldwide have encouraged investment in renewable fuels to achieve pledged reductions in carbon emissions. Oil and gas companies reined in exploration and production as investors pressed them to devote more capital to share buybacks and dividends.

Pouyanne said as companies have listened to policymakers’ carbon emission reductions goals, that has left a lack of investment in fossil fuel production at a time when the world is calling for more energy supplies.

“We have to do all of it. Indexing on just one aspect of energy or another isn’t really a sustainable long-term solution,” said Bruce Niemeyer, Chevron Corp (NYSE:)’s vice president of strategy and sustainability, to Reuters on the sidelines of the conference.

In April, TotalEnergies announced it would sharply boost share buybacks this year and increase its dividend. It noted that soaring oil and gas prices drove a sharp rise in earnings.

Lorenzo Simonelli, chief executive of Baker Hughes said the market must focus more on reducing carbon emissions and less on fuel sources used to do that.

“We must decrease emissions at the same time as increasing supply,” Simonelli said. “Energy is good, emissions are bad.”

Both TotalEnergies and Baker Hughes have made investments in renewable energy.

Earlier Tuesday Total announced it had entered into an agreement with Adani Enterprises Limited to produce and commercialize green hydrogen in India.

Simonelli and Pouyanne at the conference touted liquefied natural gas.

Bala Wunti, general manager of the Nigerian National Petroleum Corp (NNPC), said for the company, gas is a “destination point” for the energy mix.

On the sidelines of the conference, Lee Beck, international director of carbon capture for the Clean Air Task Force, said the world must ensure “there is a clear pathway from governments on what decarbonization will look like, and we cannot let these industries off the hook.”

Countries in the Northern Hemisphere have more capacity to transition their economies compared to those in the Southern Hemisphere, said Tokollo Matsabu, ESG analyst on the investor influence team at the Environmental Defense Fund.

“People are using the energy security crisis to say we need to expand, expand, expand, but from a climate justice perspective, it’s not fair that the U.S. and EU want to expand their natural gas pipelines.”