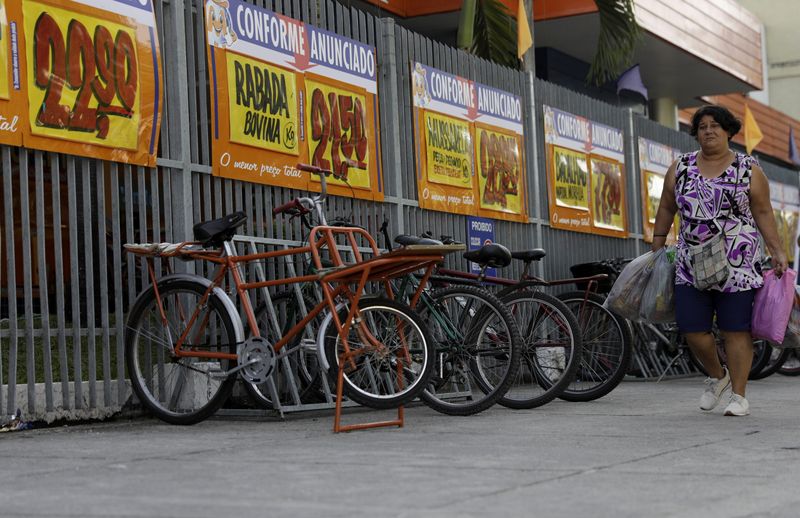 BRASILIA (Reuters) – Brazil’s central bank is aiming for inflation in 2023 “around” the 3.25% target but less than 4%, its chief, Roberto Campos Neto, said on Thursday, as policymakers hike interest rates to cool surging consumer prices in Latin America’s largest economy.

When it raised its key interest rate to 13.25% last week and penciled in another hike for August, the central bank said it was looking to ensure inflation next year converged “around the target” rather than “to its target.”

“Around is less than 4%, just to make that very clear,” Campos Neto said in an online news conference. He repeated the central bank’s guidance that interest rates would rise and stay in significantly contractionary territory for longer to fight inflation.

Consumer prices grew at an 11.7% rate in the 12 months through May.

According to Campos Neto, that strategy is necessary because of uncertainty marking Brazil’s inflation path.

Despite government proposals to lower fuel prices, Campos Neto said policymakers have not seen a relevant change in the balance of risks for inflation, which he indicated were still not tilted to the upside.

On a more positive note, the central bank earlier on Thursday lifted its economic growth outlook for 2022 to 1.7% from 1%, on the back of a stronger-than-expected performance in the first quarter.

When asked about Brazilian presidential candidate Luiz Inacio Lula da Silva’s economic program and its criticism of the country’s “passive orientation towards exchange rate policy in recent years,” Campos Neto said the central bank believes in a floating exchange rate and will stick with that stance.

Lula, a leftist former president, is leading far-right President Jair Bolsonaro in opinion polls ahead of the Oct. 2 elections.