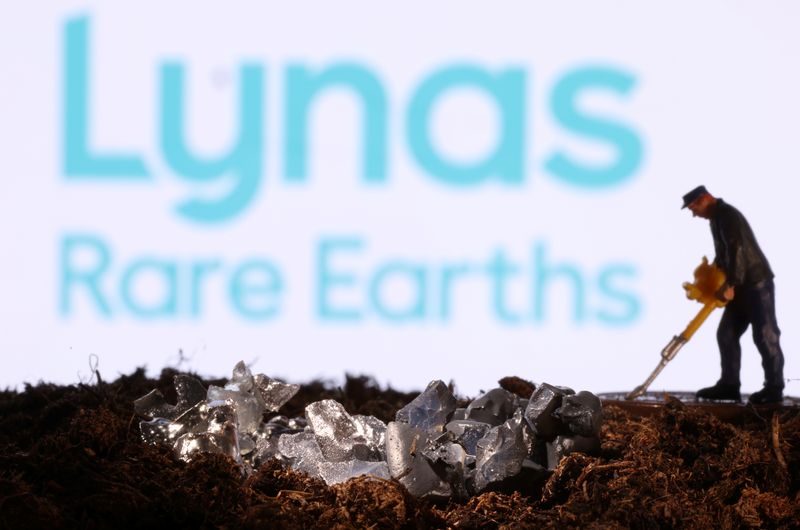 (Reuters) -Australia’s Lynas Rare Earths on Tuesday posted a record quarterly revenue as demand for the specialized metals it mines surged amid a global push to electrify vehicles and curb carbon emissions.

Demand for neodymium and praseodymium (NdPr), among the most important minerals that Lynas mines, has soared in recent years as countries and companies pivot towards cleaner energy to tackle climate change.

The minerals are used by automakers to make magnets for electric vehicles. Rare earths are also used in a wide range of goods including iPhones and laptops.

“The market price for NdPr continued to strengthen during the March quarter and our customers continue to advise that demand for rare earths remains strong, particularly in automotive industry,” Chief Executive Officer Amanda Lacaze said in a statement.

The world’s largest producer of rare earths outside China said revenue rose to A$327.7 million ($243.15 million) in the three months to March 31, from A$110 million a year earlier.

The miner also posted a record NdPr production of 1,687 tonnes during the quarter, up from 1,359 tonnes from a year earlier.

Lynas’ full product range garnered an average selling price of A$67.4 per kilogram (kg), up from A$35.5 per kg from the previous year.