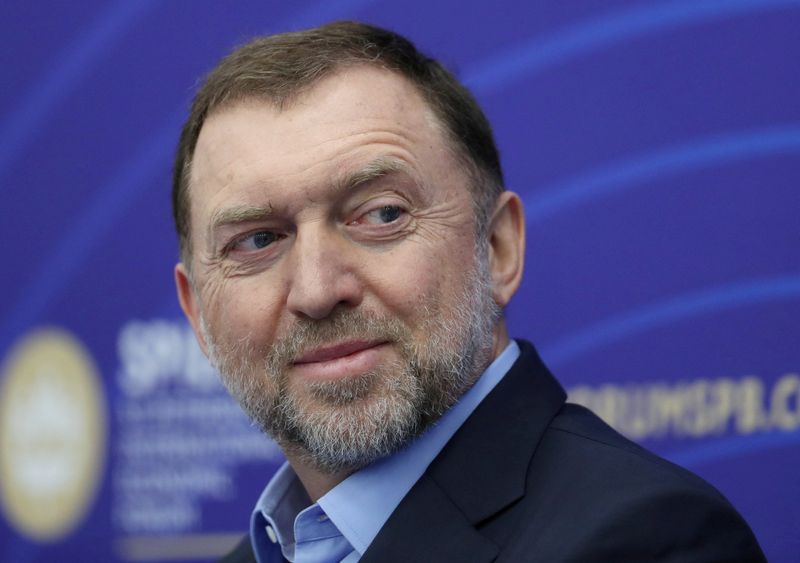 SYDNEY (Reuters) – Australia imposed sanctions on Friday on two Russian oligarchs with links to its mining industry, one of them a billionaire with an investment connection to Rio Tinto (NYSE:)’s Gladstone alumina refinery joint venture.

“Australia has now added two billionaires with links to business interests in Australia, Oleg Deripaska and Viktor Vekselberg,” Payne said in a statement.

The measures are in addition to curbs on 41 oligarchs and immediate family members who already face targeted financial sanctions and travel bans, she said.

Russia says it is carrying out “a special military operation” to stop the Ukrainian government from committing “genocide” – an accusation the West calls a fabrication.

Vekselberg is an investor in the Russian energy sector, who has interests in a company working with Origin Energy on a gas project in the Beetaloo Basin in the Northern Territory.

Origin said it was seeking clarification on the sanctions from the Australian government, and told Reuters the Beetaloo Basin project was not a producing asset and had no earnings.

“Origin reiterates that it is appalled by the Russian invasion of Ukraine and will comply with all Australian rules and laws,” Origin said in a statement.

It said Vekselberg owned Lamesa Holdings, which was a minority shareholder in Falcon Oil & Gas, the parent company of Origin’s junior partner in the Beetaloo Basin.

Big Anglo-Australian miner Rio Tinto did not immediately respond to a request for comment on the impact of the sanctions on Deripaska, who holds 44.9% of EN+ Group, a Russian aluminium and power group.

EN+ Group is the major shareholder in Russian company Rusal, which has a 20% share in the Queensland Alumina (OTC:) Limited (QAL) refinery in Gladstone, in a joint venture with Rio Tinto.

Rio Tinto previously said it was cutting ties with Rusal as part of its overall withdrawal from Russia.

Queensland Alumina Ltd did not respond to a request for comment.

Deripaska reduced his controlling stake in EN+ Group from 70% in 2019 – to lift a prior round of U.S. sanctions from the major aluminium producer.