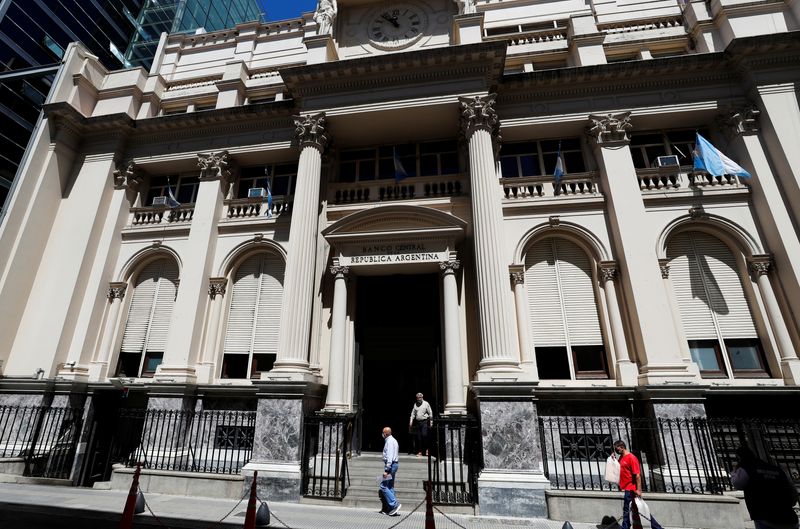 BUENOS AIRES (Reuters) – Analysts consulted by Argentina’s central bank raised their inflation estimate for the South American country for 2022 to 72.6%, 7.5 percentage points above the previous month’s forecast, according to a monthly survey published Friday.

Meanwhile, inflation for the month of May was expected to have been at 5.2%, according to the central bank’s monthly Market Expectations Survey (REM).

The economists consulted also slightly cut their economic growth projection for Argentina in 2022 to 3.3%, a contraction of 0.2 percentage points.

Latin America’s third largest economy has been suffering from extreme inflation for years, and has been aggravated by the effects of Russia’s invasion of Ukraine.

Argentina has just begun to emerge from a long recession.

The economists surveyed also expect the average nominal exchange rate in Argentina to hit 157.97 pesos per dollar in December.