✦ Is the tech boom over?

Is Altcoin Season in December? These Altcoins May be the Best Bet For Traders

✦ Is the tech boom over?

Davos returns later this month. Follow along with our Need to Know: Davos popup email.

Tech companies are having a rough month. Startups are announcing layoffs, valuations have dropped in both public and private markets, and venture capitalists are doing fewer deals. The boom-time vibe is over, and tech Twitter is replete with tips on tightening the belt.

Analysts have been warning off and on about a tech bubble for 10 years, but tech bounces back every time. So is this the year the gravy train finally stops? Not necessarily.

The watchword in conversations with analysts and investors is uncertainty. Tech markets are resetting after a decade-long boom and a record-setting 2021—and responding to inflation, higher interest rates, and the war in Ukraine. No one knows for sure what the rest of the year will hold.

It’s easy enough to imagine a “soft landing” for tech rather than the historic downturn some observers are warning about. The optimistic case starts with the fact that VCs still have an unprecedented amount of money to invest, and eventually they’ll get back to doing just that. If there is a recession, it may well be a mild one—not a cataclysmic event like the financial crisis of 2008. And the demand for tech from consumers and businesses remains strong.

The worst-case scenario for private tech markets involves a prolonged economic slump and significantly higher interest rates. In that world, venture capital investing is hampered for most of 2022; when it ends, interest rates are considerably higher than they were last decade. Higher interest rates make stocks less attractive relative to bonds, which could push some investors away from VC.

For now, deals are still getting done, especially for earlier-stage companies. But psychological factors make a difference. The longer things stay bad, the worse they can get. “The vibe matters, and that’s a lot harder to predict,” Michael Chui, a partner at the McKinsey Global Institute, told Quartz. As Eric Paley, a managing partner at Founder Collective, put it, “People have to be able to dream to invest in stuff, especially at aggressive prices.”

The 10 biggest tech IPOs of last year are all struggling. Crypto exchange Coinbase and electric-vehicle maker Rivian are the worst of the bunch, down nearly 80% since the start of the year. 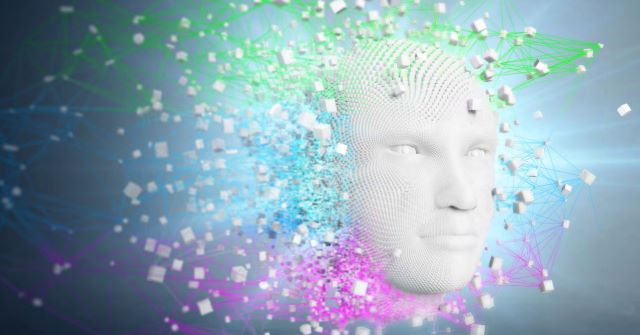 Tech Trends 2022: Engineer your tech-forward future. Pioneering enterprises are automating, abstracting, and outsourcing their business processes to increasingly powerful tech tools. In doing so they are providing their employees with superpowers to tackle innovative projects that deliver competitive differentiation. Gain insights and inspiration to unlock innovation, build trust, and engineer advantage for your digital journey ahead.

What to watch for next

This week, Apple announced it would no longer produce iPods, the generation-defining device it launched in 2001. The iPod debuted during the dotcom crash, as internet startups were shuttering and investors were looking for more stable bets. There’s a well-worn trope in tech that the best time to start something is when the market cools: Employees are easier to hire and there’s less temptation to raise too much cash. Launching something new in tough times is, well, tougher. But historically lots of great products and companies get started when everyone else heads for the exit.

Tech Trends 2022: Engineer your tech-forward future. Pioneering enterprises are automating, abstracting, and outsourcing their business processes to increasingly powerful tech tools. In doing so they are providing their employees with superpowers to tackle innovative projects that deliver competitive differentiation. Gain insights and inspiration to unlock innovation, build trust, and engineer advantage for your digital journey ahead.

📉  What’s going on with stablecoins?

🤫  Is Apple secretly launching a space network for iPhones?

🏢  Who gets to choose when you come to the office?

🧑‍⚖️  How do you learn to be more decisive?

⛰️Back to the Grand Canyon. In the New York Times, Quartz alumnus Thomas McBee returns to the national park he visited as a child—this time with his mother’s ashes.

📖 “Banned-book clubs.” In the Washington Post, Hannah Natanson reports on teenagers around the country meeting to read the books they aren’t allowed to read in school.

🇩🇪 A giant of philosophy weighs in on Russia. Historian Adam Tooze explores the role that 92-year-old Jürgen Habermas plays in German politics—including his country’s debate over how to respond to Russia.

📊 Inputs > outputs. Tom Critchlow argues that companies’ dashboards capture all the wrong stuff. They focus on outputs when they should be focused on inputs, and they’re a “battleground for power” in the organization.

🌍 A better globalization. Economist Dani Rodrik explores what comes after the “hyperglobalization” era, and which parts are worth giving up on.

Thanks for reading! And don’t hesitate to reach out with comments, questions, or topics you want to know more about.

Best wishes for a best-case-scenario weekend,