Stratasys ‘ (NASDAQ: SSYS) new, wholly owned subsidiary Evolve Additive Solutions is at the “doorstep” of launching a product — presumably a 3D printing system — based on its high-speed 3D printing tech for plastics that it claims is “50 times faster than the next fastest AM [additive manufacturing, a term often used interchangeably with “3D printing”] plastics technology.”

Here’s what you should know.

Evolution of Evolve’s tech from its start as a research project at Stratasys in 2009 to its incubation in a separate entity at the pre-launch stage in 2017. Image source: Evolve.

In June, Stratasys created Evolve, which is based in the Minneapolis area, for further incubating its speedy tech that began life as a research project at the company in 2009. The tech is based on electrophotography (EP), also known as xerography, which means “dry writing” in Greek, and is the root from which Xerox derived its name. EP is the tech used in most photocopying machines and in laser 2D printers.

In the 2D world, xerography uses a static-electric charge to transfer an image onto a substrate, most commonly paper. Evolve understandably doesn’t divulge details to the public about its tech, but we do have some information thanks to the publication of a patent application in July. Here’s the abstract from Stratasys’ patent application for “Systems and methods for electrophotography-based additive manufacturing of parts”:

In a method of producing a 3D part using an electrophotography-based additive manufacturing system, a plurality of layers of a powder-based material are developed using at least one electrophotography (EP) engine. The developed layers are transferred to a transfer medium. The layers on the transfer medium are dried by heating the layers without fully fusing the powder-based material to itself using a dryer. This reduces a water content of the layers. The dried layers are heated on the transfer medium to at least a fusion temperature, at which the power-based material fuses together, using a pre-transfusion heater. The dried layers are then transfused together on a build platform using a transfusion assembly to build the part in a layer-by-layer manner.

The inventors listed on the application are J. Samuel Batchelder, Arun Chowdry, and Steven Chillscyzn. Chillscyzn and Chowdry are Evolve’s CEO and head of technology and materials, respectively, according the company’s website. Chillscyzn, who is a mechanical engineer by training, has more than 10 years of experience at Stratasys, including directing advanced technology development and systems engineering. Chowdry, an electrical engineer by education, sports an impressive background that includes involvement with electrophotography as director of Kodak’s EP imagining portfolio.

Evolve employs 21 engineers, four of whom have PhDs, and its underlying technologies have more than 100 granted and pending patents already, according to the company’s website. 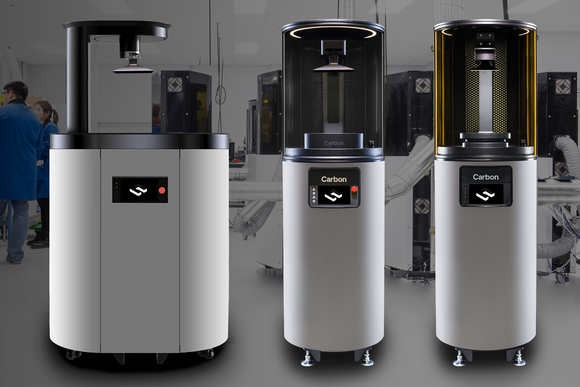 The fact that Stratasys has been developing a high-speed 3D printing process — not quite in stealth mode, but somewhat under the radar — should help quell some investors’ concerns. Anyone with experience using 3D printers can relate to the line from the iconic Top Gun : “I feel the need, the need for speed.” Faster speeds are necessary for 3D printing to make greater inroads into manufacturing applications beyond very small production runs of high-value parts. And Stratasys has been conspicuously missing among companies recently launching 3D printers that are touted to be much faster than the other offerings on the market.

In the spring of 2016, start-up Carbon and 2D printing giant HP Inc.  entered the 3D printing market with launches of super-speedy 3D printers. Earlier this year, 3D Systems (NYSE: DDD) — which along with Stratasys is one of the industry’s two largest publicly traded pure-play 3D printing companies — announced the commercial availability of its high-speed Figure 4 system .

While there’s no guarantee that Stratasys will succeed in the high-speed 3D printing market, at least investors know the company is in this high-stakes game.

Addendum: I reached out to Evolve to confirm whether or not the speed comparison (“50 times faster” than the next fastest plastics 3D printing tech) includes the three newer fast 3D printing techs launched by the companies mentioned above. I’ve not received an answer to that question as of this writing.

10 stocks we like better than Stratasys
When investing geniuses David and Tom Gardner have a stock tip, it can pay to listen. After all, the newsletter they have run for over a decade, Motley Fool Stock Advisor , has tripled the market.*

David and Tom just revealed what they believe are the 10 best stocks for investors to buy right now… and Stratasys wasn’t one of them! That’s right — they think these 10 stocks are even better buys.