Like it or not, the holiday season will soon be upon us, and once it is, we’ll no doubt see a massive workplace exodus of sorts. Thanksgiving and the December holidays are among the most popular times for American workers to take vacation, and while you may be looking forward to escaping for a bit, you’re probably equally aware that taking time off during the holidays can have repercussions.

Of course, workers who take vacation at any time during the year risk falling behind on their responsibilities. But if you’re planning to get away for Thanksgiving and then do the same several weeks later, you could end up with a serious backlog.

But it doesn’t have to be that way. If you’re smart about how you plan your vacation, you can enjoy that time away without having to worry about how it’s impacting your job. 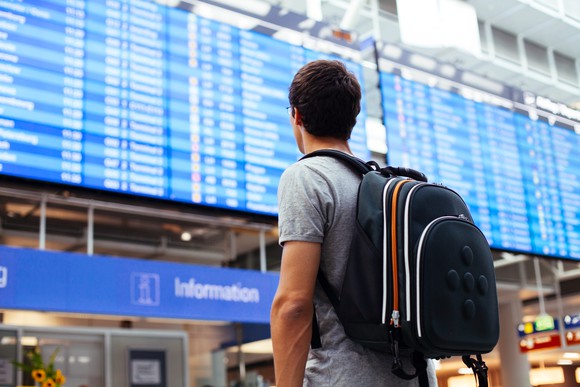 1. Get your time-off request in early

The last thing you want this holiday season is to be denied the time off you desire. But if you wait too long to request that time off, you run that risk. Think about it: There’s a good chance half of your office will be traveling or celebrating holidays during that same time, so if you don’t get your boss’s approval immediately, you could end up losing out.

It’s hard to overlook the fact that the winter holidays come at pretty inconvenient times if your job involves year-end deadlines or reporting. That’s why, if you are planning to be out of the office for multiple days between late November and late December, you’ll need to enlist the help of those who aren’t looking at that much time away.

As you map out your plans, talk to your colleagues about their schedules and figure out who will be available to serve as your backup. Then, take the time to get those folks up to speed before your vacation time nears. This way, you’ll get a slight reprieve during an otherwise busy period.

3. Wrap up big projects in advance

It’s hard to sit back and relax during the holidays when you’re stressed about the various work tasks you have hanging over your head. If your goal is to make the most of your time away during the holidays, do your best to finish up major projects before you take off. Though it might require a bit of extra hustle, you’ll have more capacity to put in the additional hours these next few weeks as opposed to when the holidays really kick into full gear.

Just because the holidays roll around doesn’t mean work-related responsibilities go away. On the other hand, it’s a pretty well-known fact that employees tend to take time off around the holidays, so if your manager decides to overload you with work later this month or next, you may want to push back a bit — especially if you already have approved time off on the record.

The holidays obviously aren’t an excuse to slack off, but at the same time, your boss can only expect you to get so much done in December if, say, you’re taking the last 10 days of the month off. If the workload you’re faced with starts to seem unreasonable, speak up and try to find a compromise.

Better yet, approach your manager in the coming days or weeks and aim to get on the same page so that you’re not overwhelmed come late November or December, and your boss doesn’t wind up disappointed. A gentle reminder that you’ll be gone for a chunk of time could end up taking much of the pressure off.

You deserve to enjoy the upcoming holidays to the fullest without having to worry about work. Be strategic about your planned time off, and you’ll have an easier time doing just that.

The $16,122 Social Security bonus most retirees completely overlook
If you’re like most Americans, you’re a few years (or more) behind on your retirement savings. But a handful of little-known “Social Security secrets” could help ensure a boost in your retirement income. For example: one easy trick could pay you as much as $16,122 more… each year! Once you learn how to maximize your Social Security benefits, we think you could retire confidently with the peace of mind we’re all after. Simply click here to discover how to learn more about these strategies .