Growing concern that generic alternatives to one of its best-selling drugs could threaten future sales and that an investigation into the marketing of opioid pain medication could create headwinds sent shares in  Mallinckrodt (NYSE: MNK) tumbling 12.3% today.

Mallinckrodt’s Inomax represents 15% of sales, and today, a U.S. District Court invalidated 11 patents protecting the drug from generic competition. The news sparked a sell-off in shares that continued in spite of management reassurances that it will appeal the decision, and that Inomax maintains patent protection deep into 2018. 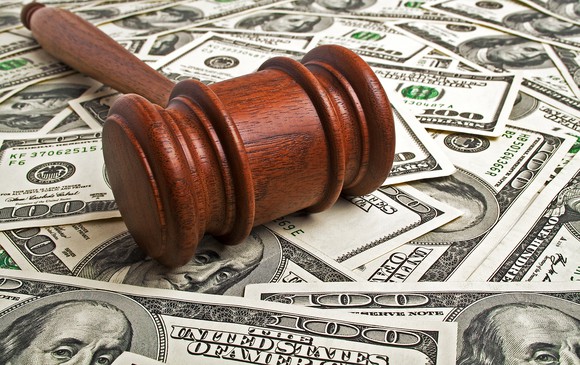 The disappointment comes only a week after Missouri’s Attorney General included Mallinckrodt in a widened probe of drugmakers marketing of opioid medications. States are increasingly scrutinizing drugmakers to clamp down on off-label use of their drugs and to recoup costs associated with state Medicaid program spending.

Inomax accounted for $125.5 million of Mallinckrodt’s $824.5 million in sales last quarter, so the launch of generic drugs could pose a big headwind for the company after patents expire on it next October.

Investors probably shouldn’t jump to any conclusions regarding Missouri’s (or any other state’s) investigation into opioid marketing. However, it’s likely that investigations will increase legal costs and potentially, they’re a distraction to management. If investigations turn up impropriety, there could be additional settlement costs to consider down the road, too.

Overall, Mallinckrodt’s tough year isn’t getting any easier. Shares have fallen significantly in 2017, and reportedly, management is considering its alternatives . While anything can happen from here, the risks associated with buying Mallinckrodt are aplenty, and as a result, I’m focusing my attention on other stocks to buy.

10 stocks we like better than Mallinckrodt
When investing geniuses David and Tom Gardner have a stock tip, it can pay to listen. After all, the newsletter they have run for over a decade, Motley Fool Stock Advisor , has tripled the market.*

David and Tom just revealed what they believe are the 10 best stocks for investors to buy right now… and Mallinckrodt wasn’t one of them! That’s right — they think these 10 stocks are even better buys.